Switch on the pow(er)grid and enter“China Chic” written by Guangzhou-born designer Vivienne Tam, aka a cross-cultural exploration of the hybrid worlds of East and West. 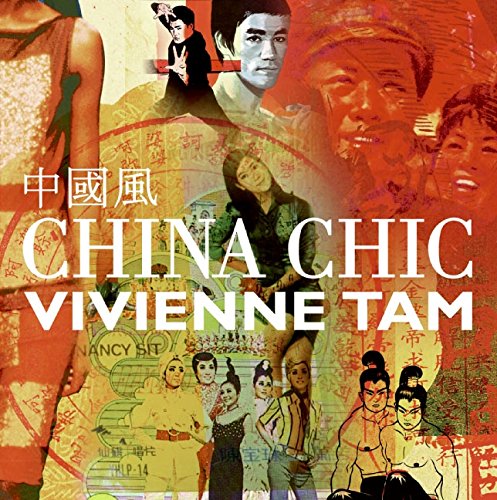 Over the course of a century, the Middle Kingdom has seen its share of vacillations between political regimes, philosophical theories, ethics, and religions. The drastic effects of these extreme changes created rifts in society as well as cultural black holes.

Moreover, the vibrations of shocking shifts transcended time and space as they established large generational gaps and delayed development across the entire Chinese mainland.

Yet out of the madness, emerged a subculture, a quiet, shabby chic rebellion to the surrounding chaos.

Call it a review, call it random reflections, but it’s always invigorating to learn first-hand about how fashion fits into the mold of turbulence and how the field has evolved with history and how the people have adapted and expressed themselves through those wardrobes-of-the-times. In “China Chic”, Guangzhou-born (Hong Kong-raised) Tam shares the core individuality of her own cross-cultural style.

In mixing together traditional Eastern elements with a modern-day Western edgy twist, a highly appealing East–meets–West style comes to life.

In her book, Tam takes us on a personal journey featuring the people, places, and things that inspire her. From the “staple” qipao to China’s elaborate opera houses and Zen gardens, she shows her reader the essence of Chinese design through a bowl of noodles and her favorite Ming (dynasty, 1368-1644) chair. Despite savoring every chapter, for yours truly, one thing, in particular, jumped right off the page:

The seemingly perpetual pow(er) of Mao. 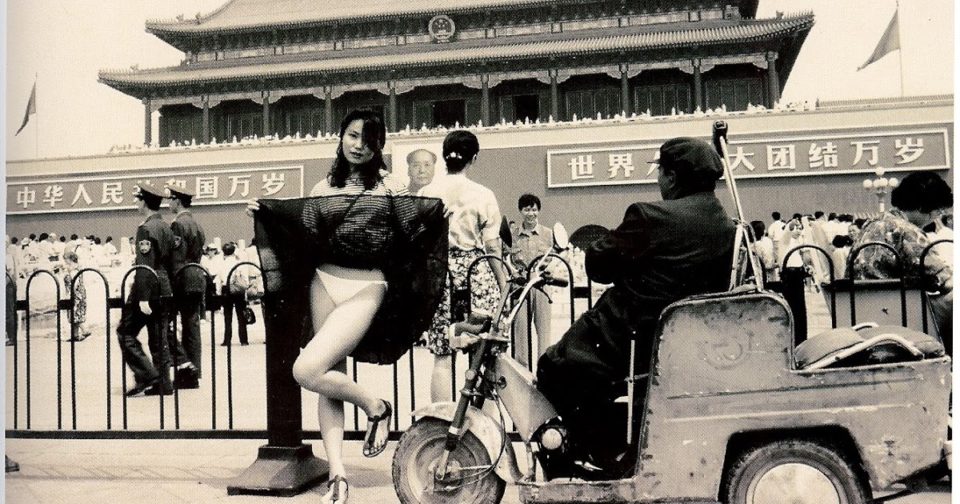 For The Fear Of Mao

Mao Zedong, leader of the People’s Republic of China (PRC), was the No.1 fêted and feared face of the country.

Despite everything — eradicating cultural and individual identity, eliminating intellectual stimulation and achievement to keep his “troops” in one uniformed line  — he remained the respected leader of China and, even today, is emulated as a prized member of Chinese history. With some still in fear of superstitious repercussions of denouncing his name.

A brief illustration of this superstition. When Tam was in the process of designing her AW(19)94 collection, she worked with Chinese artist Zhang Hongtu (a political cartoonist avant-la-lettre) on a collection of Mao-mocking pictorials, which were then to be transferred onto fabric.

The two creative minds collaborated on a series of eight images, all of them depicting Mao in a silly context as a symbol of China’s growing freedom and openness. Mao was styled bearing Pippi Longstocking pigtails, daring tickle-me-pink lipstick, wearing priestly garb, accessorizing with a pair of funhouse spectacles, and so on, and so on.

Finding a manufacturer to turn the art into fashion, however, proved a far more difficult task.

On the first day of printing, a computer glitch occurred and the number “4 6 1997” appeared. The room went dark. Numbers in China are a form of divination, so “4” and “6” were read as the 4th of June — the exact date back in 1989 when China’s Communist Party unleashed the People’s Liberation Army on protesters camped in and around Beijing’s Tiananmen Square to quell a seven-week-long pro-democracy movement.

The peaceful protest turned a violent nightmare. Yet the “divine intervention” did not end there.

The year 1997 marked Hong Kong’s return to China. A Roaring Twenties 2.0 topic to which the phrase “the peaceful protest turned a violent nightmare” hauntingly seems to apply once more. The whole situation freaked people out to the extent that every single soul working on the project called it a day and went home early. So there you go. A slice of fashionable superstition.

For The Love Of Mao

Well, the man’s unisex get-up, to be specific. For years, every person in China wore the Mao suit, but despite the call for uniformity, it was actually an expression of equality. The unisex tailoring gave equal status to both men and women.

Now, reality has it that unless you are a native Chinese woman or man who has lived through the 1950s and 60s, chances are relatively slim you as an outsider will ever truly understand the core of this fascination with Mao…

Jumping right back into the man’s closet, the unisex getup was originally taken from Sun Yat-sen and his Nationalist government (1920s), who took it from the Japanese, who in turn had copied it from the Germans — gotta love the originality here. Allow us to unbutton — we heart cheesy — its PRC-PC main components for you:

When in the late 1970s it came time to ditch the suit, a personal sense of fashion and style became an apparent obstacle. Alas, an unorganized street style came to fruition: Multi-colored jelly sandals, uncomfortably short see-through skirts, outdated patterns, green army sneakers… and of course, the current unmistakable face mask worn to ward off germs.

Having stated the negative, the positive is that out of the Mao madness, emerged a subculture of fashion, a quiet rebellion to the surrounding chaos. Turning shabby into chic.

For The POW of Mao

As “China Chic” mentions, the self-confidence required to make the transition from blending in to standing out, “to mix and match not just social ideologies, but to challenge self-expression,” is truthfully what defines fashion. Although it may at times seem like a pair of overly stretched-out pants, are these coordinations really so different from, say, leather jogger pants? Or wearing your lace socks under a set of pumps?

Perhaps, after all is sewn and worn, what we know as “China Fashion” is actually more avant-garde than credit given? Food for fabric thread count.

Whether Mao’s was the original sin or suit, fact is his liquidation of the individual through repeated political and cultural shockwaves and unisex has in the past decade undeniably led to an explosion of individuality and creativity across China’s first-tier cities.

Whereas breaking the mold some 40 years ago was considered a shabby, not to mention punishable-by-law, thing to do in China… Nowadays it is a chic thing to dare, bare and wear.

EDITED BY ELSBETH VAN PARIDON FOR CHINA UNDER THE RADAR

SPOTTED AN ARTISTIC FAIL OR HAVE SOMETHING TO ADD? PLEASE LET US KNOW IN THE COMMENT SECTION BELOW OR EMAIL US AT ELSBETH@CHINAUNDERTHERADAR.COM

© CHINA UNDER THE RADAR, A TEMPER MEDIA PRODUCTION, 2020. ALL RIGHTS RESERVED.

DO NOT REPRODUCE CHINA UNDER THE RADAR CONTENT WITHOUT CONSENT — EMAIL US AT ELSBETH@CHINAUNDERTHERADAR.COM